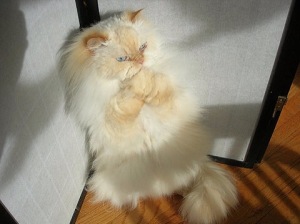 So in general, my surgeon has been the most stoic of all my doctors.  He very much seems to be a type A kind of guy, meticulous from his attire to his incision lines – no joke.

So today he mentioned that he had not received the notes from the last visit I had with Potions the Oncologist so I gave him the update from my go everywhere take constant notes Cancer notebook that now goes everywhere with me.  He asked if the oncologist had talked with me about radiation, I confirmed that he had not and also told him I’m still researching natural and alternative options.

His eyes grew a bit bigger and his eyebrows raised toward the ceiling before he gathered himself and hit me with, “If you were my wife or daughter, we would be talking about a solid plan that includes both radiation and chemotherapy…”  And he went into great detail as to why.  You all know I’ve no interest in either, however, my surgeon got to me today.  I think I have mostly accepted that he is correct, however it leaves me feeling cornered… caged… stuck.  I don’t like it.

We did have to aspirate, which really is no surprise.  50cc’s fluids from the right and 30cc’s from the left.  It has been a bit painful and sensitive from that.  Strange sensation really, as he pressed the skin down and it created a bit of a suction sensation, which we do want as we want the tissue to attach.

Walked out with an Rx for physical therapy, Rx for massage for lymphatic system, a referral to Seattle Cancer  Care Alliance for a second opinion and more to think about!  Oy!